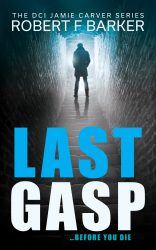 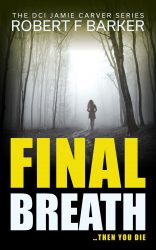 FINAL BREATH; A murder-conspiracy thriller that will leave you breathless. Jamie Carver #2

A monstrous killer, safely behind bars – But just how safe is, ‘safe’?  An archive of debauchery and murder, poised to ruin reputations, careers, lives. A detective running out of time to find what he seeks.   Book #2 of The Worshipper Trilogy, FINAL BREATH is a breathtakingly compelling story of intrigue, conspiracy, and brutal, bloody murder – one in which Jamie Carver finds himself up against people in high places, while forced to renew his acquaintance with the woman he cannot stop from haunting his dreams. 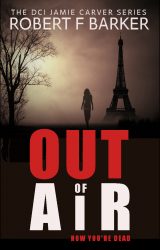 OUT OF AIR: A race against time serial killer thriller. Jamie Carver #3

One city; Paris.  Two killers; one in hiding, the other stalking the streets. An innocent young couple, bewitched into the deadliest danger. The detective who must find them all, before the worst happens. In the final part of The Worshipper Trilogy, Jamie Carver finds himself torn between the need to stop a killer whose brutality matches anything he has seen so far, and recapturing one whose shadow has hung over him far too long. What he cannot know is that the two are fated to come together, and in way that will bring bloody, violent death. But for whom? The Paris Killer? His Nemesis? Himself? Or all of them? 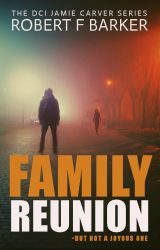 On Europe’s distant border, ‘The Monster of Yereven’ escapes the asylum  and  heads for England’s shores to arrange his long-planned, Family Reunion.  It won’t be a joyous affair. Whilst in solitary, the depraved mass-murderer swore vengeance against the family that betrayed him to the authorities, before fleeing for a new life, elsewhere.

In this latest Jamie Carver novel, the detective faces a race against time to  save a family who don’t even know they need saving. But can he succeed against an adversary as cunning, and warped, as any he has faced before, and who always seems one step ahead? 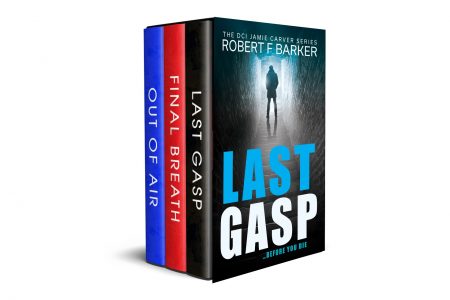 The Worshipper Trilogy Boxed Set; Last Gasp, Final Breath & Out of Air in a single volume

This Boxed Set brings together the three titles in the DCI Jamie Carver Series, that comprise The Worshipper Trilogy, Last Gasp, Final Breath, and Out Of Air, in a single volume  - representing excellent value for money and a good saving on purchasing  the three books separately. 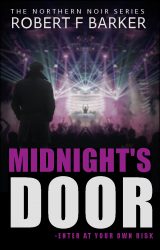 Midnight's. The hottest nightspot in town. Danny Norton runs the door. His job is to keep you safe. But with a serial killer and  a drug dealing Russian gangster targeting the club, he's got his work cut out - And it's all about to blow!  A novel of murder, club door rivalry, gangsters - and love, Midnight's Door has been described as, "A roller coaster read from start to finish." 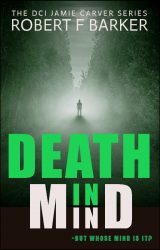 Five minutes before she killed herself, Sarah Brooke had never had a suicidal thought in her life.

A woman steps off the platform into the path of the oncoming train. On a lonely road at night, a young man steers his sports car into a tree, at speed. Tragic suicides, clearly. Or are they?  When enquiries show neither victim had reason to kill themselves, DCI Jamie Carver faces a conundrum. Can someone be programmed to take their own life? And if so, can they also be programmed to murder? 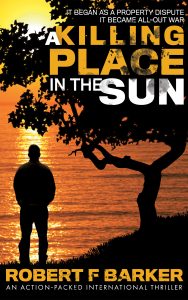 A KILLING PLACE IN THE SUN; A fast-paced, international, action thriller

His Dream Home In The Sun may be just a house, but to this Englishman it's his castle. And he wants it back!

Before his wife died, former soldier Peter Murray promised her he would strive to live the life they long dreamed of in the house they built overlooking the Cyprus sea.  Unfortunately, the Russian mobster who's stolen it from under him also likes it - and isn't about to give it up.  And when peaceful negotiation is met with violence and threats, the writing is on the wall. This property dispute won't be resolved through the courts, but through blood and bullets - and when one of the parties is six feet under. 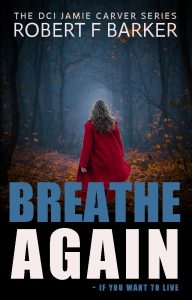 Teenage boys sometimes find older women 'interesting'. They usually grow out of it. But what if that 'interest' is mutual - and she's not what, or who, he thinks she is?

Newly arrived in Brackers Lake, Brandon Sawyer is missing Brooklyn. He hates everything about the sleepy upstate New York town his family have moved to. But when his father volunteers his services to help clear the yard for the nice lady who lives across the street, the thoughts he was having about running off back to Brooklyn are put on hold!

Book #6 in the series sees Jamie 'cross the pond' in search of answers to the question, 'Is she, or isn't she?'