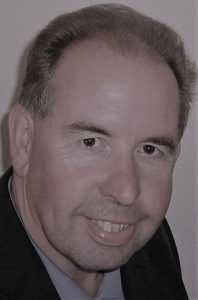 Born in Liverpool, England, Robert F Barker served thirty years as a police officer and detective, much of it working in and around some of Northwest England's grittiest towns and cities. He likes to write stories that are dark and edgy, but still reflect the real world which, as he discovered, is often far stranger than anyone can dream up. As a police officer he learned that no matter where people live, whatever their position, they are never far from places where darkness dwells, be it an inner city sink estate where drugs are dealt and violence rules, or  a leafy suburb where neat gardens and lace curtains conceal the sort of evil that no one ever imagines - until the worst happens.

As a Senior Investigating Officer and Firearms Incident Commander, he experienced the pressures of running Major Crime Investigations, and learned what it mean to have to make life-and-death decisions in the heat of live operations. With that sort of experience, his stories are as authentic a portrayal of crime and policing as can be found anywhere in modern crime fiction.

He splits his writing-time between his family home in Cheshire, and the beautiful island of Cyprus, where he finds inspiration for a series of Cyprus-based thrillers which he intends will complement his UK novels.